In the mood to scream at your tv / have a panic attack / be afraid to go to sleep? I can help! 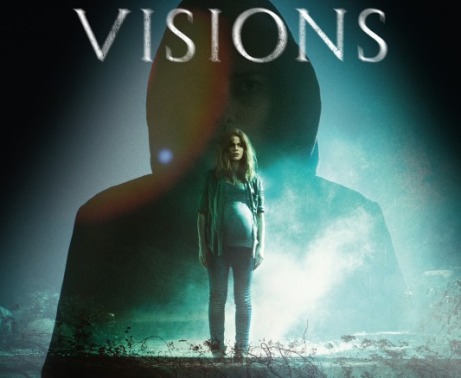 Despite the fact I still struggle to see Isla Fisher as anyone but the fantastically sassy lead character in Confessions of a Shopaholic (what a film!), this spooky horror flick sees Fisher playing a pregnant woman plagued by some damn creepy visions after her and her husband buy a vineyard. (Let’s face it, if you’re buying an old vineyard you deserve to be haunted in some capacity). All the ingredients are here for your standard run-of-the-mill ghost film, including blood on the walls and stuff appearing out of nowhere, but things don’t work out quite the way you expect.

Visions almost lost me two thirds of the way through, but just as the plot starts to feel like it’s dragging, all of the ambiguity around the story disappears and it’s fantastic seeing everything suddenly come together right before your eyes. Not massively terrifying (though there are some excellent jump-scares), but this film will definitely make you say, “That was cool”. 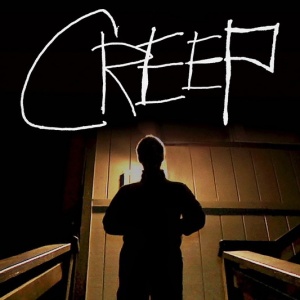 This relatively short independent thriller had me screaming at the television at points. A strapped-for-cash videographer answers an advert placed by a terminally ill man wanting to have his day filmed, as a way of leaving behind a legacy. Mark Duplass is creepy A F and has the perfect blend of ‘is he just a bit weird and misunderstood’ mixed with ‘yes he’s definitely psychotic’. It’s both unsettling and funny, and I recall several scenes where I was nervously laughing, unsure if jokes were falling flat or things were about to take a sinister turn.

Creep is essentially an entire film where the pot is boiling and about to spill over, and the enjoyment of it is all in the suspense. Check it out if you fancy some heart palpitations. Side-note: If you like Mark Duplass in this, check him out in the very different but equally entertaining romantic sci-fi film The One I Love.

50 strangers wake up in a pitch-black room, stood in a circle. Every few minutes, a machine forces them to vote for each other – whoever gets the lowest amount of votes, is zapped with some kind of alien death ray. That’s the basic premise of low-budget thriller Circle and for something so simple, it is so satisfying to watch play out. The film moves quickly and is such an interesting look at human morality – groups form and alliances are betrayed as the players of this weird extra terrestrial game try to decide who is eliminated in each round. Amongst the players are the elderly, teenagers, children, married couples, even a pregnant woman.

You don’t ultimately get great answers on why they’re in this scenario or what the overall goal is, but seeing the game be played is good enough entertainment by itself and it didn’t really bother me that the big questions go unanswered. As the number of living characters is slowly whittled down throughout the film, you start to cheer in either joy or frustration as characters you love or hate get knocked out. 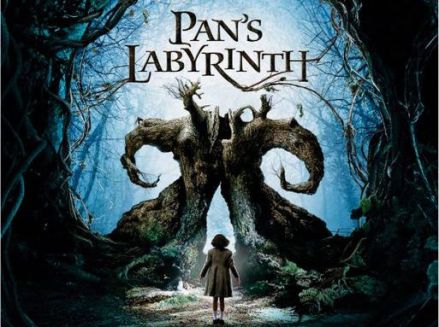 Not exactly a horror/thriller, this subtitled film from director Guillermo del Toro stars a young girl living in Spain after the Civil War in 1944. She meets a sinister-looking faun who tells her she is destined to be the Princess of the Underworld after completing three tasks for him. Whether or not this strange scenario is entirely in her head or not is up for debate, but there are some seriously terrifying fantasy scenes mixed in with equally brutal scenes of violence in the ‘real world’.

Put it this way: Pan’s Labyrinth might not strictly be a horror film, but scenes featuring a naked dude with eyeballs in his hands chasing the protagonist down a hallway means it’s certainly not a rom-com. I’d call it an extremely dark fairy tale, and one everyone should watch, even if you’re ordinarily put off by subtitled films. This one’s worth the reading. 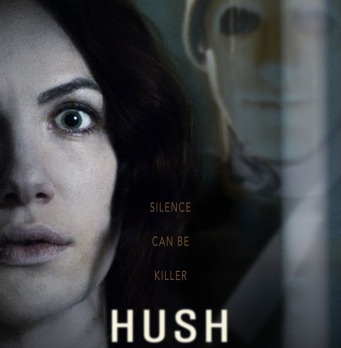 Flicking through Netflix one night in the mood for a horror film led us to this scary little nugget. Sometimes browsing the horror section and picking a film at random gives you rubbish like The Forest (don’t waste your time), and other times it can surprise you. Hush is one of these surprises, and provides a twist on the home-invasion genre by starring a deaf protagonist. A sinister masked intruder who clearly doesn’t care about looking suspicious-as-fuck shows up at her rural house and basically starts to cause a bit of trouble (can’t help but think if 80-year-old women wrote horror film synopses, that’s the term they’d use, e.g. Hostel sees some travelling young folk get in to a bit of trouble…).

The creepy mask doesn’t stay on for too long, and before you know it you’re just watching a woman try to defend herself from a man. What’s great about Hush is even though the protagonist is deaf, she fights back better than the majority of horror film characters do and it’s so satisfying. It’s absolutely terrifying at points, but at the same time you never feel the main character is entirely powerless. She actually stands a chance throughout the entire film, and that’s what makes it so gripping to watch (even if you are doing so through your fingers).

Have you seen any good Horror/Thriller films on Netflix lately? Let me know! I’m always in the mood to scare myself silly and regret watching things late at night.